i’ve just returned from the meetings of the interasian popular music studies association, which were held this year in chiang mai, thailand. as in interasian cultural studies more generally, one of the major questions posed by work in this field is one of the relationship of “asia” to its defining other, the west: is it possible to decolonize method in cultural studies? can we think of certain problems or theoretical positions as asian? how might we create a body of theory that emerges organically from asian materials rather one borrowed the west and applied to asian contexts? these problems seem a bit oddly articulated at such conferences because, after all, english is our only common language and most of us have deep institutional connections to western academic sites and traditions. as a kind of in-between person at this conference, i wish not to dismiss the questions posed by my colleagues who have been thinking how we might decolonize method in interasian cultural studies; however, my sense is that their work could use a bit of clarification

empirically, the notion of interasia as distinct from the west remains an untenable notion for several reasons:

first, as argued by bruce cummings, the category of east asia is a product of colonial interventions, first of the anglo-japanese alliance in the early 20th century and later the cold war operations of the united states. although it might be possible to argue for some civilizational affiliations, such as the role of confucian polities and philosophy, these affiliations both reflect an “asia” that does not correspond to most popular cultural projects and, more damagingly, is associated with authoritarian political movements in the prc, singapore, and japan. hence, it is not clear what sort of politics a project of interasian cultural studies might serve if its positions are asianist in the narrow sense

second, the geography of an interasian popular music studies would need to include nodes that exceed the boundaries of east asia as normally considered. one of the featured speakers at the conference employed the example of k-pop celebrity psy to argue for an increasingly asia centered vision of popular music production in east asia. after all, k-pop, mando-pop, and thai popular music have emerged as powerful inter-asian cultural phenomenon

however, the example of psy and k-pop actually serves as a counterargument to a popular music studies in which “asia” can be conceived outside of globalization theory. after all, psy is a graduate of the berklee college of music, as are many in the k-pop and mando-pop industries. for this reason, the geography of interasian popular music studies would necessarily include several blocks of boston, massachusetts; theorization of the asia of inter-asia would also need to examine the relationship between k-pop and music pedagogy at berklee and its related institutions 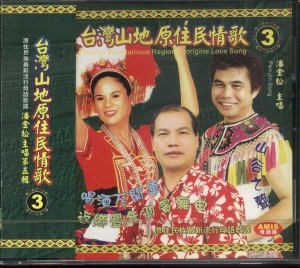 however, a missing element in such an asianist project is the geography of united states military bases. throughout east asia, but particularly in southeast asia, popular musics have a close relationship with military radio stations (such as the precursor to ICRT in taipei) and the bars, clubs, and pleasure stations of united states military personnel. in taiwan, many in the popular music scene of the 1950s through the 1970s got their start playing in such venues and listening to ICRT. moreover, it is notable that the centers of popular music production in east asia–tokyo, taipei, bangkok, seoul–all had substantial united states military presence. hence an adequate account of interasian popular musics would need to explore the relationship between musical production and military bodies. such an account would necessarily draw some theoretical architecture from globalization theory, but would also require substantial refocusing

in other words, an interasian cultural studies requires a closer attention to the colonial projects that have made “asia” an object of inquiry. this is not to say that method cannot be decolonized, only that a decolonizing project must first account for the role of colonial agency