some thoughts about current issues. doubtless people on both sides of this recent dispute will be annoyed at my employment of a distant example to gain perspective, if not purchase, on the current struggle around symbols of the Confederacy; but, as an anthropologist, I think it’s useful for thought 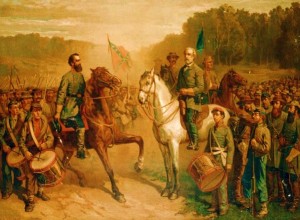 For full disclosure, I identify as Southern, went to Washington and Lee University, and actually own (albeit a bit ironically) a print of Robert E Lee’s last meeting with Stonewall Jackson. My views of Confederate symbols are “evolving” 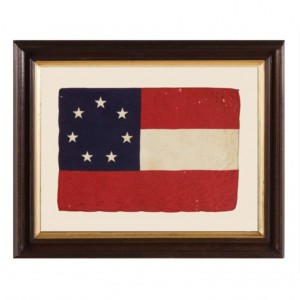 the first political flag of the Confederacy. this flag often serves as a more subtle nod to the South

for a few months each year, i reside in Taiwan, a country where the national flag is undeniably associated with the previous totalitarian party-state regime (albeit one that called itself “free china”). For a variety of reasons, neither the national flag nor the national anthem changed as part of Taiwan’s transition to democracy, nor has the Chinese Nationalist Party (KMT) had to relinquish its party symbol, which is a permanent fixture in the national flag of the Republic of China (Taiwan). Although for many Taiwanese, the KMT is associated with the white terror, corruption, and cultural genocide, its party symbols remain in the national flag. Much as some try, memorials to Chiang Kai-Shek remain, even as he is widely recognized to have been a murderous dictator 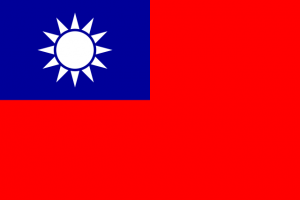 the flag of the republic of china (taiwan). the white star within the blue field is actually a nationalist party (KMT) symbol. as such the flag is a vestige of the party state

in recent years, the KMT has engaged in policies to appease the People’s Republic of China (PRC), which considers the democratically governed, de facto sovereign entity we normally call Taiwan (Republic of China) part of its territory. Part of this appeasement is that the national (ROC) flag disappears whenever PRC officials visit. Those in the “green” political bloc, who favor greater recognition of Taiwan’s sovereignty, respond often by rallying for the ROC flag. You will remember that the ROC flag includes party symbols associated with the KMT oligarchy

I am a bit astonished by this development and, truth be told, dismayed. But I see a similar development in Japan, where a national flag and anthem associated with militarism and imperialist aggression remain national symbols. Of course, many decent Japanese people are offended by these symbols and wish they were replaced. On Taiwan, the situation is a bit more complicated, but one wonders why the KMT symbols in the national flag have not been removed: they must offend those whose families were victims of white terror or who have struggled for Taiwan’s democratization

What makes it difficult for me, I think, to understand how reasonable people might rally behind the symbols of a discredited regime, is that I can only understand the ROC flag as a symbol; for me, the meaning of the ROC flag is reduced to a marker of a totalitarian regime whose institutions have not been fully rooted out. I lack, as it were, the structure of feeling that bundles a variety of memories, emotions, and values–a collection of nearly inarticulable things we might call affect–with “the white sun in a blue sky above a blood red ground.” Try as I might, I get no charge, no thrill, from seeing the ROC flag

Do I feel that way about symbols of the Confederacy? Not so much. Growing up in a lower middle class family on the Eastern Shore, we were taught to police our behaviour and consumption so as not to appear part of the ranks of “rednecks,” “good ol’ boys,” and “white trash” with whom we might be too easily confused. The battle flag of the Army of Northern Virginia marked a kind of class status that my grandparents and parents worked very hard to avoid. No Confederate flags–or even watching the Dukes of Hazzard–in my house! 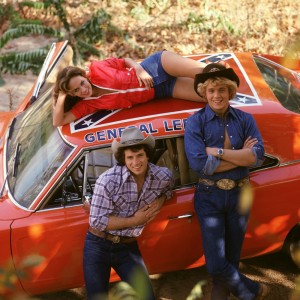 In college and beyond, however, I would collect some Confederate memorabilia for ironic or kitsch value; and those years living in Chicago, back in Virginia, and now in Boston made me connect more closely with the South. I don’t know if I can say Southern Roots, though: I was born in Philadelphia.  At one point, I wanted to display the Lee / Jackson print and maybe the political flag of the Confederacy in my apartment. Fortunately, my significant other said, “absolutely not.” I’ve similarly kept from having Confederate kitsch of the sort one can readily buy about Virginia in my office. I am not sure that everyone shares my sense of humour 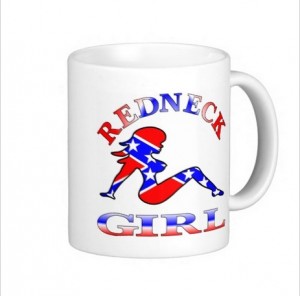 confederate kitsch. here the meaning of the flag has to do with a constellation of meanings surrounding “redneckness”

What I mean here is that lacking other symbols of the South’s distinction from the North, we might gravitate to symbols of the Confederacy as objects that might resonate with a number of feelings of home, local culture, and belonging

I wonder whether our problem with symbols of the Confederacy is similar to my ongoing problem with the ROC flag. Clearly, the battle flag of the Confederacy is associated with a discredited political project. Try as I might to remember my schoolin’ and repeat the mantra “state’s rights,” “state’s rights,” “state’s rights” or to convince myself that Northern wage laborers also lived in conditions of near slavery to factory owners, I know–and I think that we all know–that political deployments of the Confederate banner can only symbolize a project to enslave, degrade, and terrorize African Americans (and in the present Latina/os). In other words, we cannot extricate the symbolic meaning from white supremacist projects

as a symbol, the confederate flag is reduced to a discredited political project

And yet, some very decent people who might not be outright raving bigots might have some emotional connection to these symbols, which may in some cases ground other sorts of projects of living and struggle.  this set of emotional connections–what anthropologists call affect–might be deployed by politicians, but they also circulate apart from the symbolic meaning of the flag. the best illustration is probably the affective connection between “redneck,” a term that has to do with class practices, notions of freedom, and a set of values antithetical to those of urban, upper class people, and the confederate flag. it might surprise some of my readers, but not all self-proclaimed rednecks are overtly racist. The rhetoric of “heritage not hate” connects to this set of associations, as if we might excise these associations from symbolic reduction of Confederate symbols to banners of bigotry. Of course, we cannot. And that is our problem

Nonetheless, I am going to maintain a kind of ethnographic curiosity in those, some very close to me, for whom the stars and bars has some set of associations beyond the symbolic one. Nonetheless, I hope that they will also gain a bit of perspective. Is your emotional investment in this symbol worth alienating your black neighbors, for whom this symbol has a completely different emotional charge? This is not a question of “offending,” but of an ethics of civic care