youth most active in cultural reconstruction movements often blame the institutions that they see as visible obstacles to their project, such as the church. but as i have outlined above, the project of cultural reconstruction (or survival) depends upon an unquestioned assumption of neoliberal multiculturalism, that indigenous communities have a responsibility for the maintenance of their “traditional cultures” and by extension can only achieve public recognition if they competently perform this culture. mobilized by discourses of cultural maintenance, the youths often confront the state as well as other institutions; however, their engagement in cultural activism is the means through which the youth form a set of alliances with factions within the post-martial law state. for this reason we might call neoliberal multiculturalism hegemonic 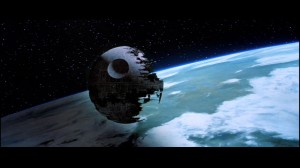 i also want to suggest that we step back from moralizing about institutions and their deleterious effects upon “traditional culture.” we might observe that some churches more actively absorbed traditional music, regalia, and even theological ideas as part of their missionary activity, while other churches proscribed any connection with the pre-christian past. but employing this contrast to depict true jesus as a cultural deathstar laying waste to indigenous worlds neglects our obligation to understand how “culture” became a contested good in the first place

in other words, we might consider “traditional culture” a good–and here we would be in the company of some cultural cohorts among taiwanese indigenous people–but this is a value whose origin we might examine and whose implications we might question. many of my ‘amis friends feel frustrated by opposition to their projects for cultural reconstruction. when this opposition is not depicted as the force of institutions, it is often personified: the old people in the village don’t get it, they say. the more strident will complain, “the old people threw out our culture for a bag of flour”

flour bag. american flour was distributed by missionaries as part of their efforts toward conversion

maybe they are right. still, it’s with this nod to the materiality of hopes in religious conversion that we could better interpret the disagreement between cultural activist youth and the cohort that they oppose. now often an ironic reference to the poverty of taiwan in the 1950s and 1960s, american flour was more than just nutrition and useful cloth. american flour was also an index of circulating material plenty, an ingestible sign of powerful networks to which one could connect.

the church, particularly because of the ideology of state shinto that preceded the arrival of missionaries, had a similar relationship to indigenous communities. for many ‘amis people now in their 60s or 70s, christianity, concrete houses, and mandarin were hopeful practices, projections of a future in which they could enjoy material plenty and equality with the dominant population. in other words, the notion that modernity required a life transformation encouraged this now elderly cultural cohort to abandon habits and habitations that they had come to see as backward. nearly everything in their lifeworld convicted them in the merits of modernization. and note: although their often small-scale projects of modernization–nearly always at the level of the household and not the community–appear to follow state sponsored projects of improvement and assimilation, the commitment of religious organizations to vernacular language and the emergence of christianity as a diacritic of indigenous identity would always place this cohort a bit outside of the KMT state, if not in opposition to it

we are not in a good position to understand the indigenous articulation that would connect christianity with a kind of indigenous modernity, but that is a product of the common sense that we now occupy. now that “culture” is a constitutive value for indigenous youth and of indigenous people in relationship to the dominant settler colonial society, the articulation of indigenous modernity we could examine in the first and second generation of converts seems untenable. that does not mean that this older cultural cohort is wrong. it just means that there has been a shift in the cultural system that we call common sense and a corresponding modulation in the means through which indigenous people are articulated with the state

in other words, the common sense about the value of “indigenous cultures” should be a topic that anthropologists engage with all of their interpretive tools and not something we take for granted